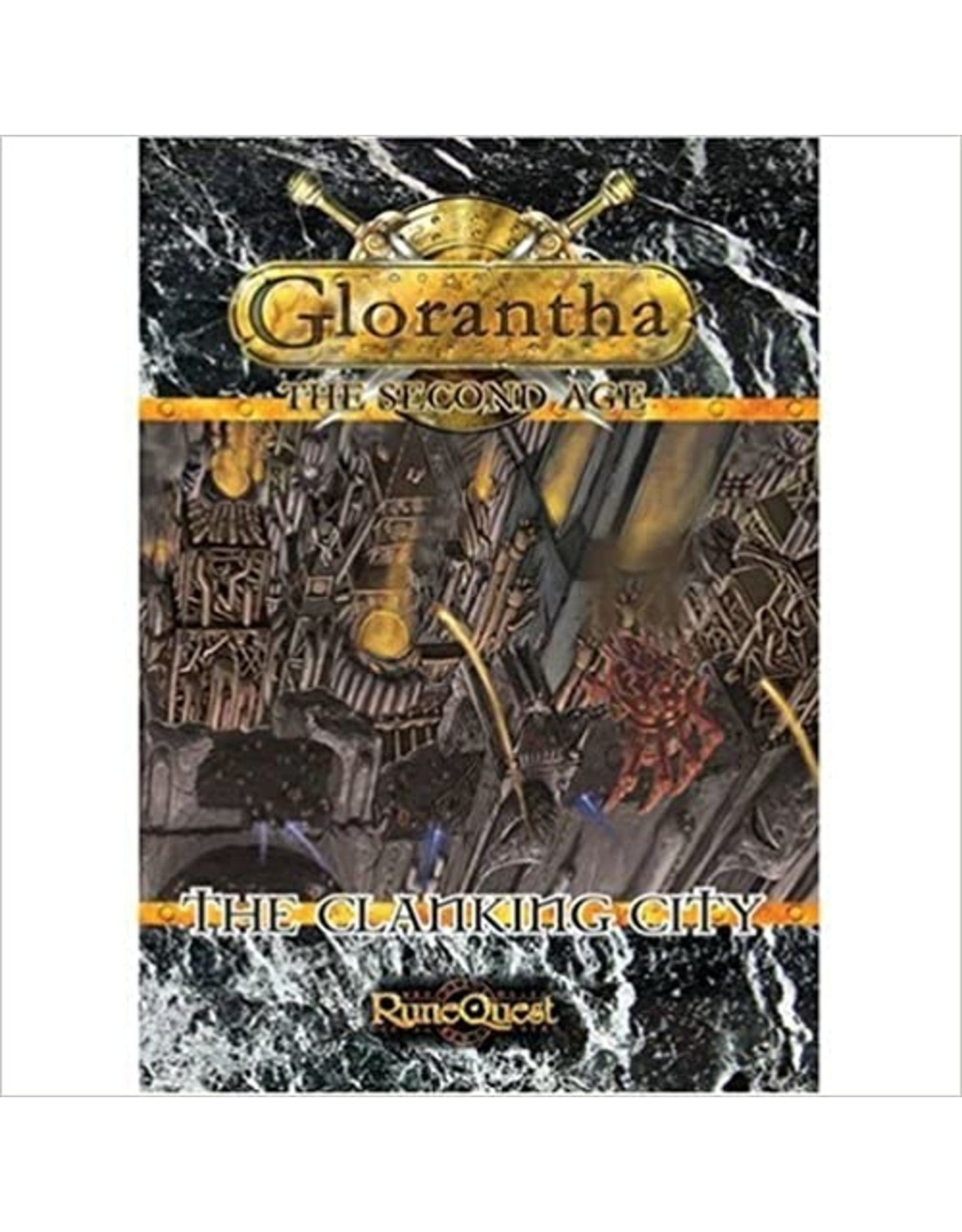 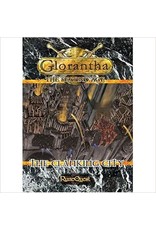 The city of Zistorwal is part-factory, part-fortress and instrumental to the Zistorite God Learners in their efforts to further their unique magical ends. Under smoking towers, the citizen workers stride among machinery built upon stolen Mostali secrets and enhanced by the vision of God Learner magicians and engineers. Through the streets, a giant automaton, the avatar of Zistor, strides proudly through the city named for him. In underground surgeries, God Learners replace their weak mortal flesh with alchemically-treated mechamagical implants, rising from blood-stained tables bearing metal limbs powered by sorcery and clockwork joints. This is the Machine City, known as the Clanking City for the noise its thousand engines make, and it stands defiant against a great siege mounted by the Empire of Wyrm's Friends and their allies of convenience. The Clanking City allows Games Masters and players to walk the streets of this infamous city in its golden age, shaping their own plots and campaigns in the towering structures and dark smoke-clogged alleys of this magical-technological nightmare metropolis.