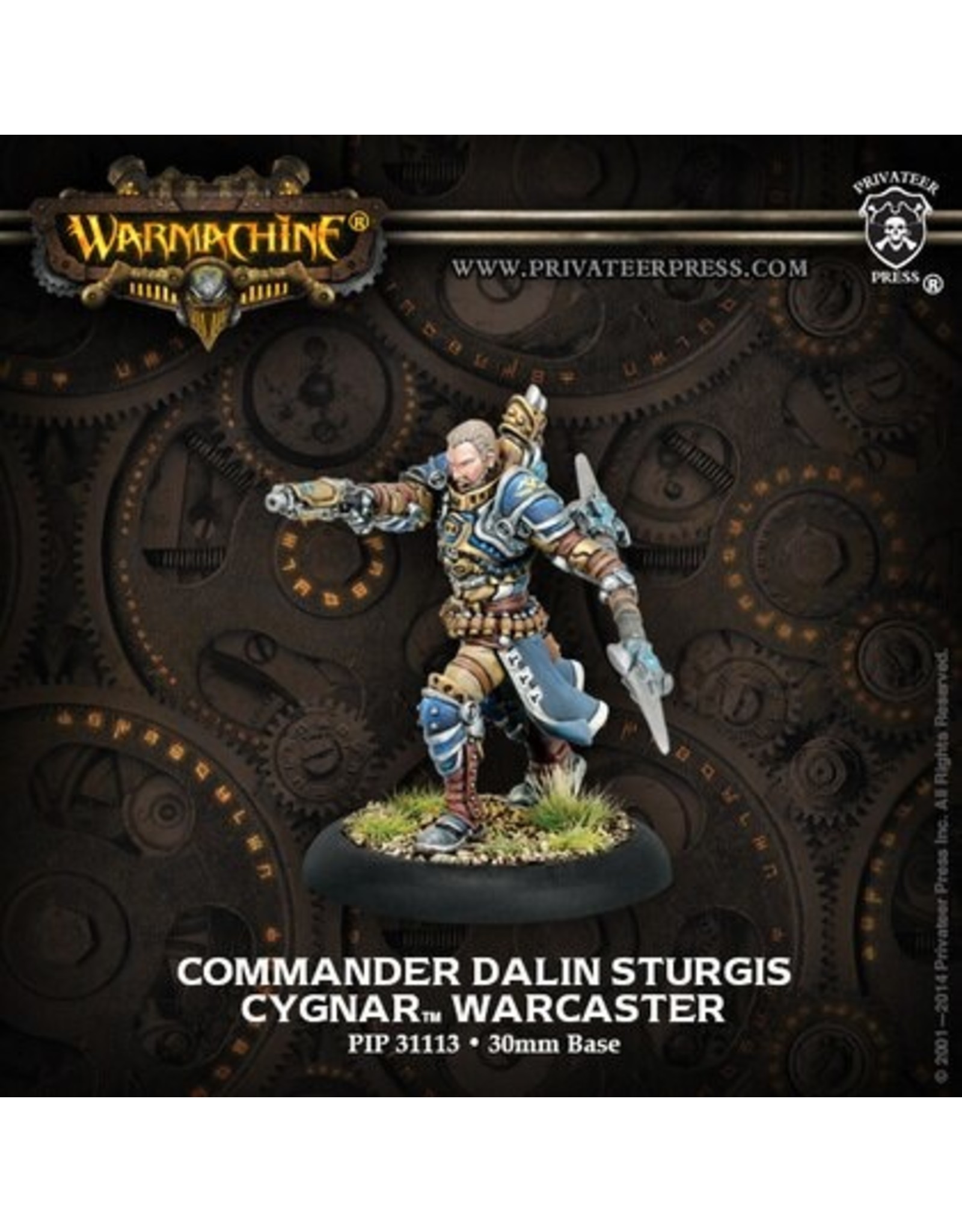 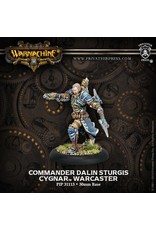 Commander Dalin Sturgis is a master duelist who believes in leading his troops from the front lines. Nimble and deadly, he has honed his impressive combat skills to lend support to his warjacks and soldiers even as he surges across the battlefield delivering death with his twin-bladed mechanikal staff. Commander Sturgis rends his foes with a flurry of precisely targeted blades before disappearing in a flash of arcane light to track down his next opponent.