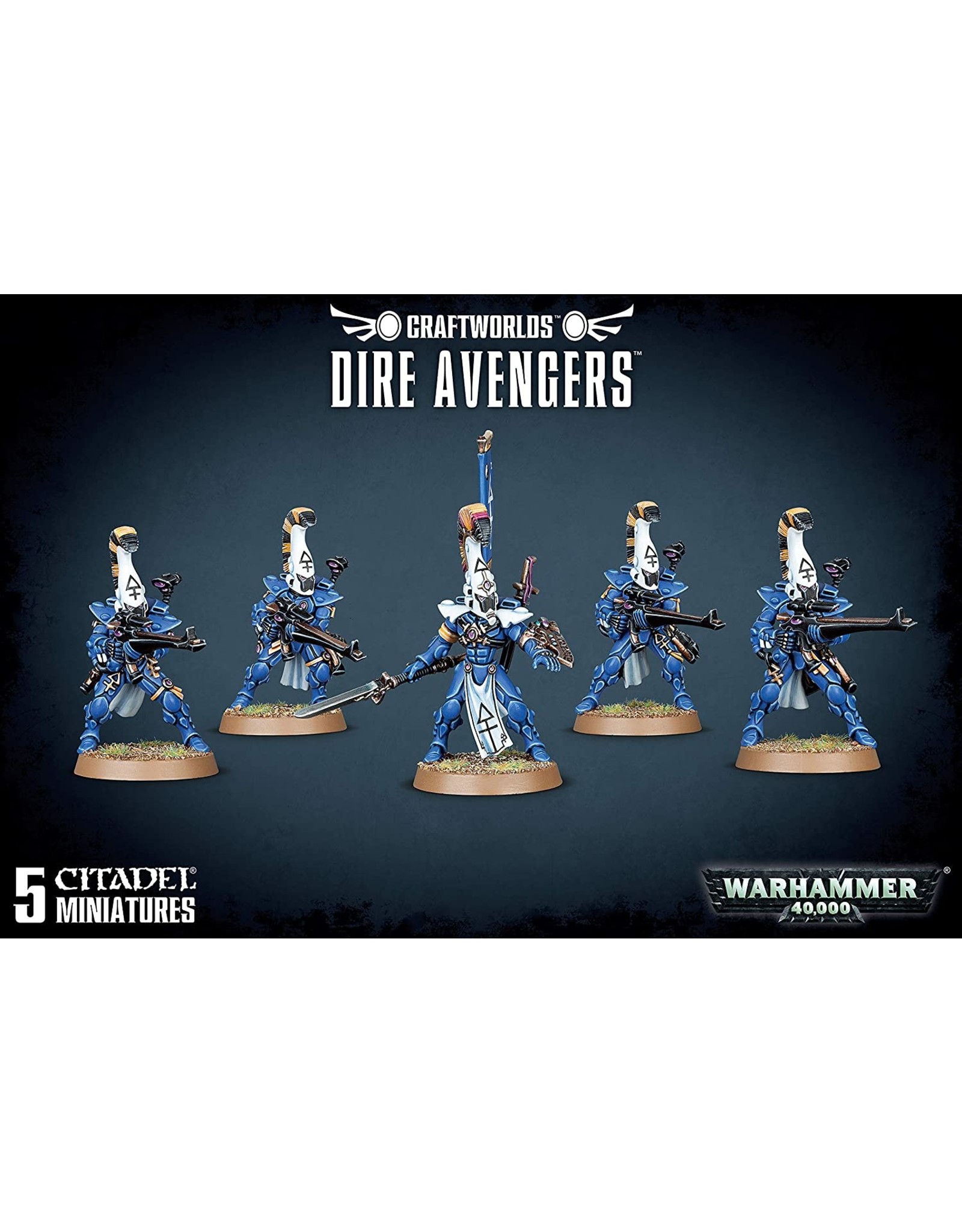 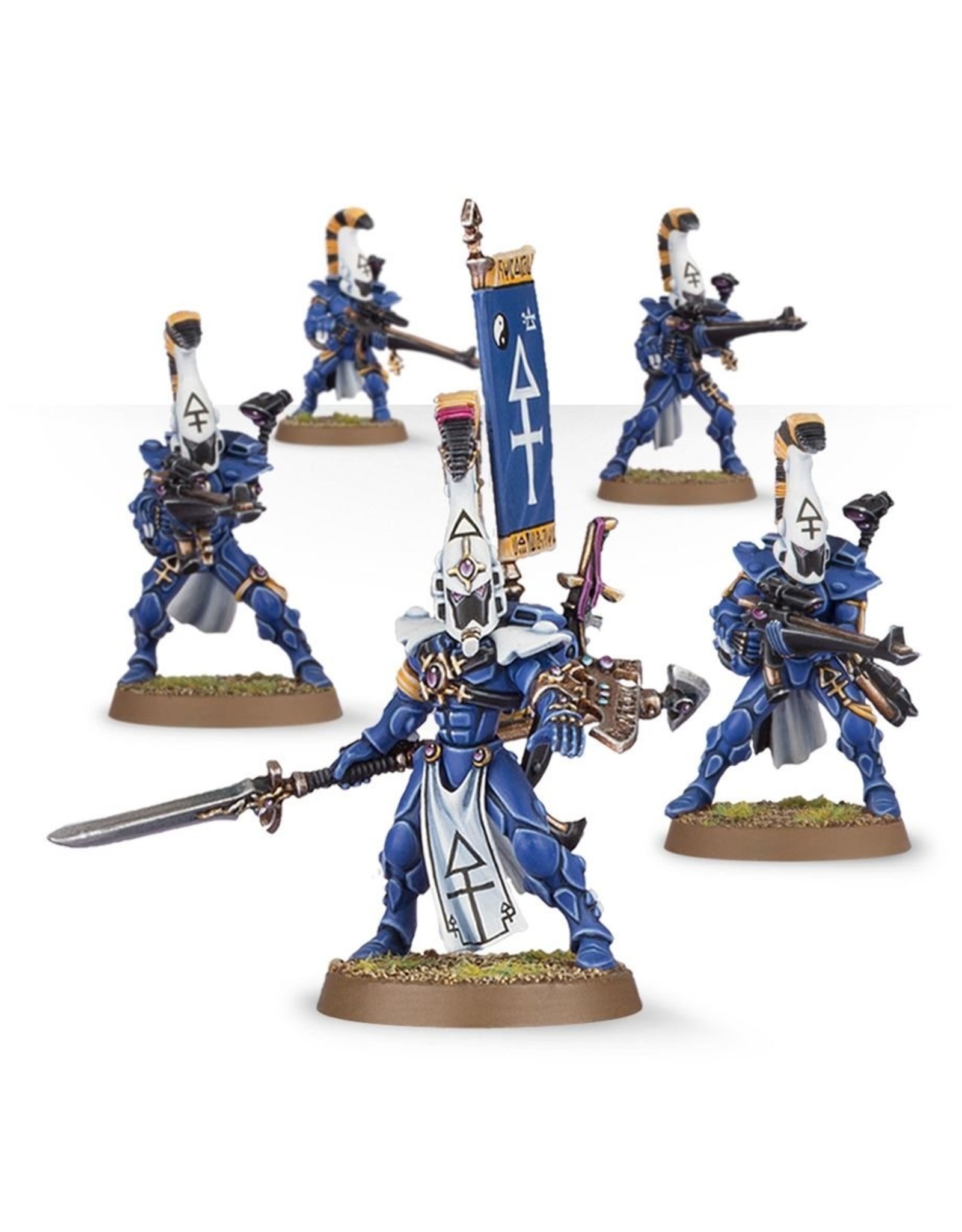 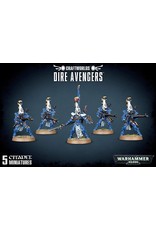 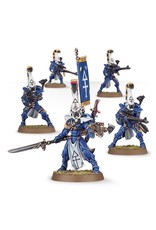 The Dire Avengers are first amongst the Aspect Warriors of the Aeldari. They represent the War God's unending thirst for vengeance upon a galaxy of woe, and as such they are merciless to their foes and unstinting in their devotion to their people.

The Dire Avengers in this kit are all armed with Avenger shuriken catapults, as well an enough extra parts for each to be equipped with their own ammunition pouches. There are optional parts to make an Exarch who can be armed with a shuriken catapult, two shuriken catapults, a diresword and a shuriken pistol, or a power weapon and shimmershield. Also included is a choice of two Exarch heads (1 helmeted, the other bare) and an optional back banner to further distinguish the unit's leader. As well as this, there is a small statue of Asurmen included on the frame.