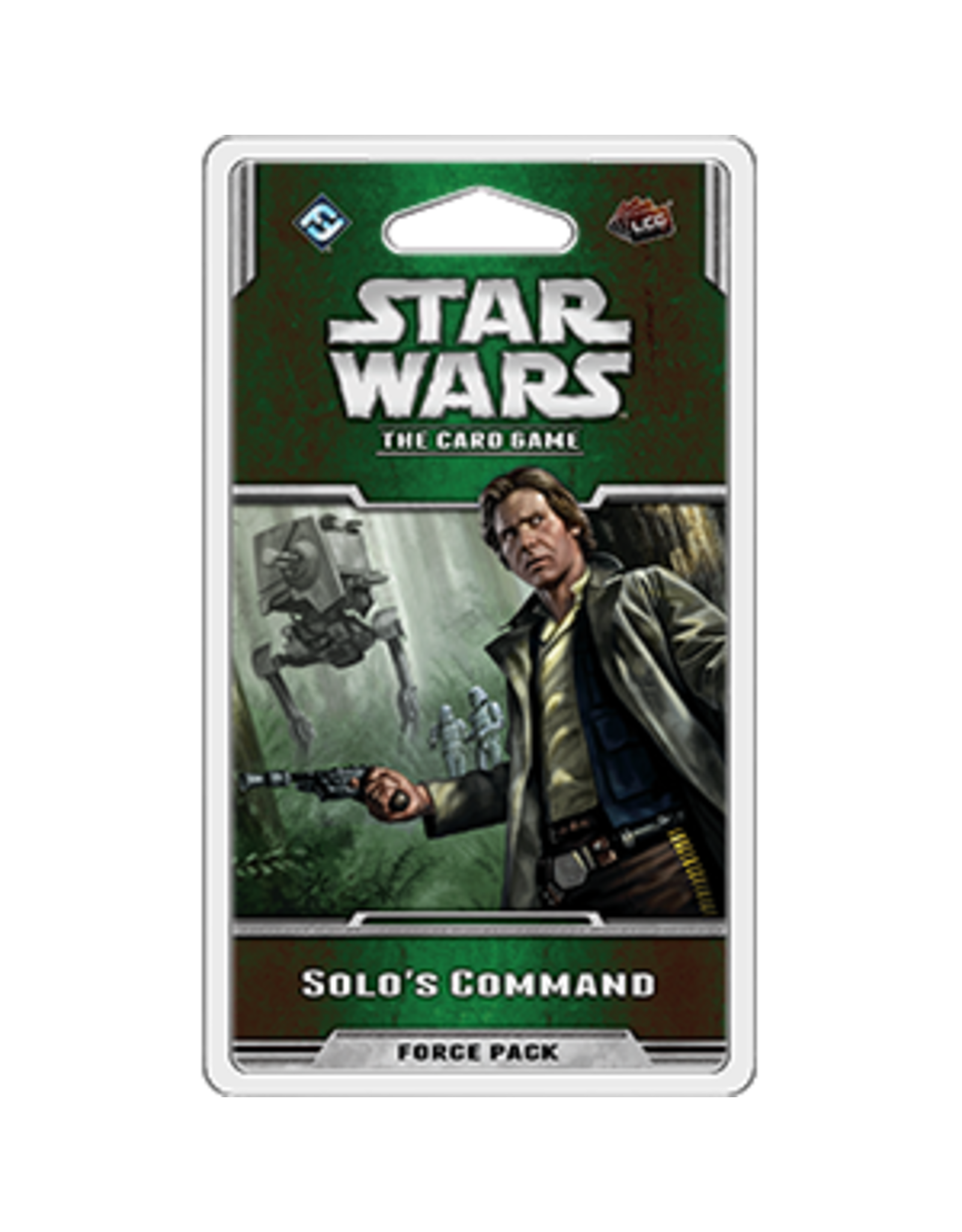 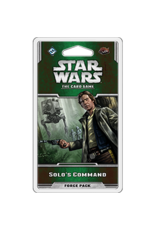 Star Wars: The Card Game advances to the climax of Return of the Jedi with the Solo’s Command Force Pack and the beginning of the Endor cycle. As the Empire constructs a second Death Star above the forest moon of Endor, a small strike team descends to the surface to eliminate the shield generator and open the way for an overwhelming assault on the Death Star.

Attack and defense are revolutionized forever with the introduction of new mission cards – objectives played under your opponent’s control that offer powerful benefits when destroyed. New fate cards amplify the tension in every edge battle and the return of neutral sets offers new tools to every affiliation in the dark side and the light side. Fight alongside iconic characters like Han Solo as you relive this epic story and retell it yourself in the Solo’s Command Force Pack!

This is not a stand-alone deck. A Star Wars™: The Card Game Core Set is required to play.