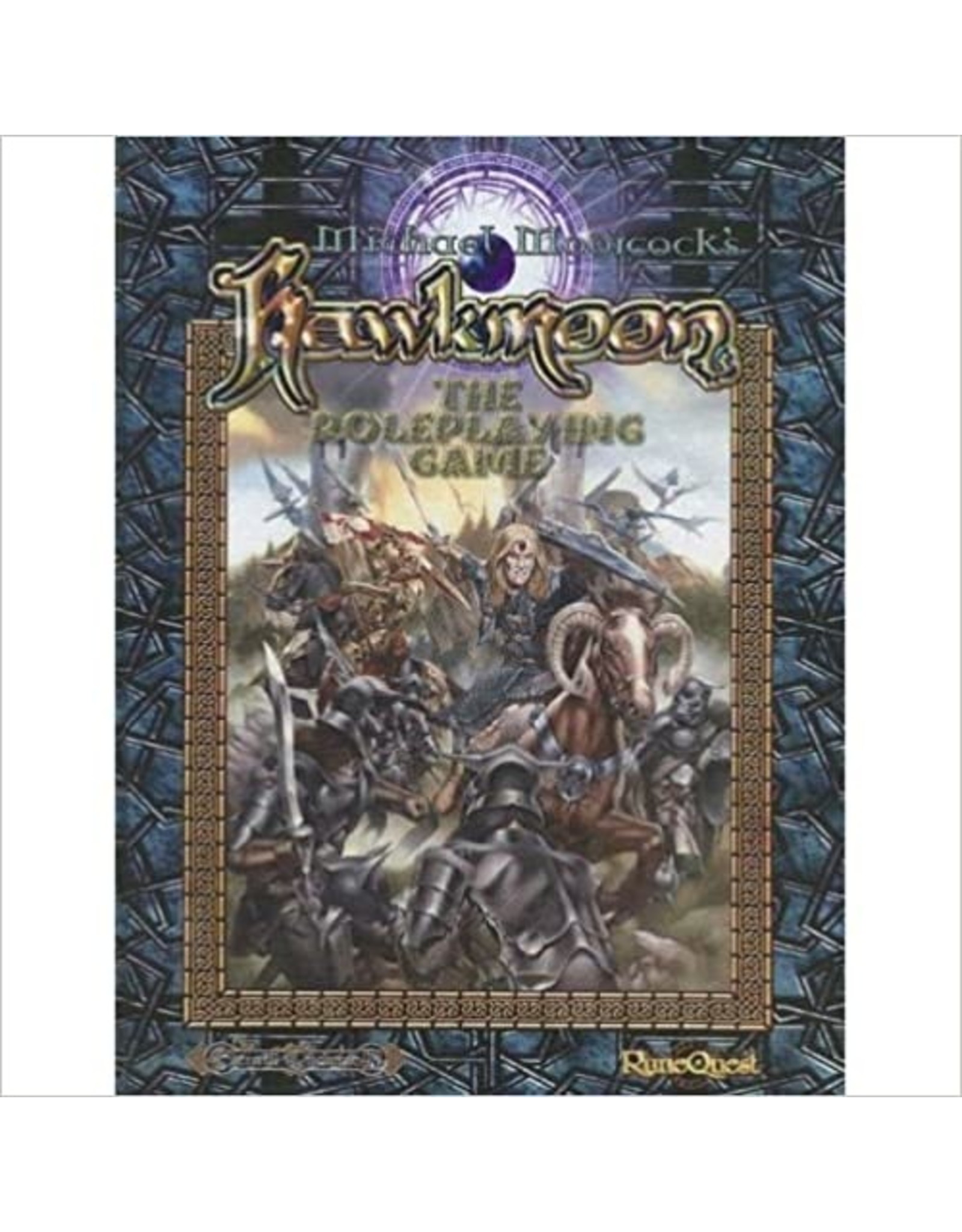 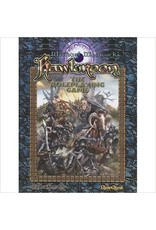 The dark empire of Granbretan has conquered much of the world with its twisted science and vast armies, directed by the animal-masked nobles who mark their bestial natures on their faces as well as in their hearts. The small Duchy of the Kamarg, ruled by the noble Count Brass has managed to endure the endless sieges and plots unleashed by Granbretan against that rogue state. The warrior called Hawkmoon was once an assassin sent to kill Count Brass, his hand forced by the fiendish black jewel that sent its foul tendrils burrowing into his brain. But then he discovered his destiny as the Eternal Champion and held the Runestaff, and magic and hope returned to the world! Continuing the Eternal Champion rpg line, the Hawkmoon rpg takes players to our distant future, to a realm where science battles sorcery!