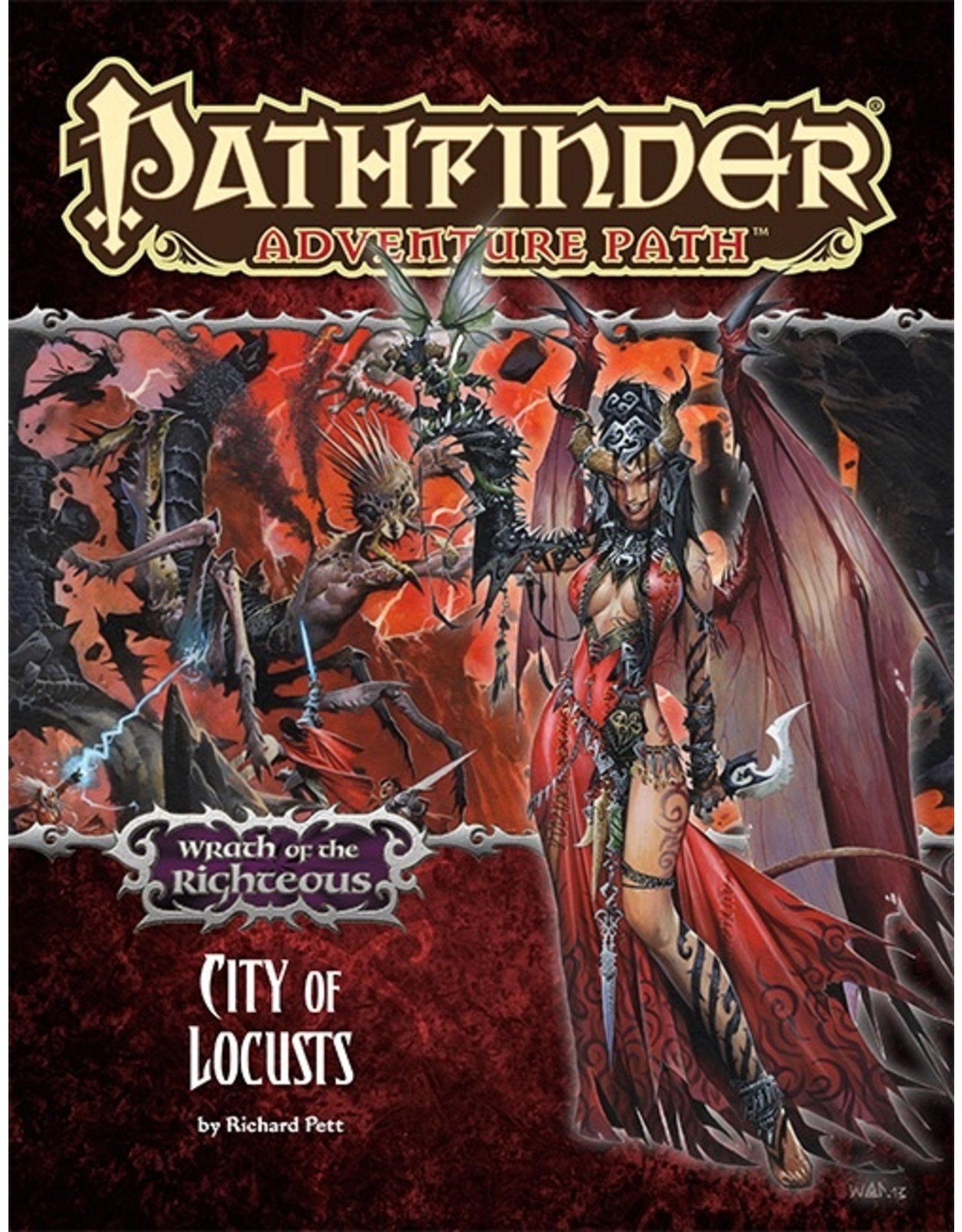 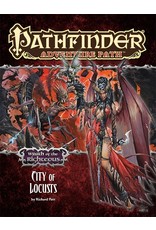 The Wrath of the Righteous Adventure Path concludes with “City of Locusts,” a thrilling climax by fan-favorite author Richard Pett! The heroes of the Fifth Crusade have risen to heights of power undreamed of and have dealt blow after blow to the demonic armies of the Worldwound. As they return to Golarion from the Abyss, though, they find that their enemies are no longer sending minions after them—they've drawn the attention of not only the leaders of the Worldwound, but that of their demonic patron, Deskari, Lord of the Locust Host. The method for closing the Worldwound permanently lies within the heroes’ grasp, but in order to do so they must venture where no crusader has ever returned from intact. They must enter the crumbling City of Locusts to defeat its demonic ruler, but even this is but a stepping stone to the final battle against Deskari himself!

“City of Locusts” is a Pathfinder Roleplaying Game adventure for 18th-level characters who have gained nine mythic tiers. The adventure utilizes rules from Mythic Adventures in order to portray a campaign of truly epic potential. An exploration of the apocalyptic cult of Deskari, along with an article filled with suggestions for how to both continue this campaign and to launch a new one in the transformed Worldwound after the heroes succeed (or perhaps fail) round out this volume, along with a bestiary of several monsters (including the final demon lord to be presented during the campaign!) and part six of Robin D. Laws's Pathfinder Journal novella!