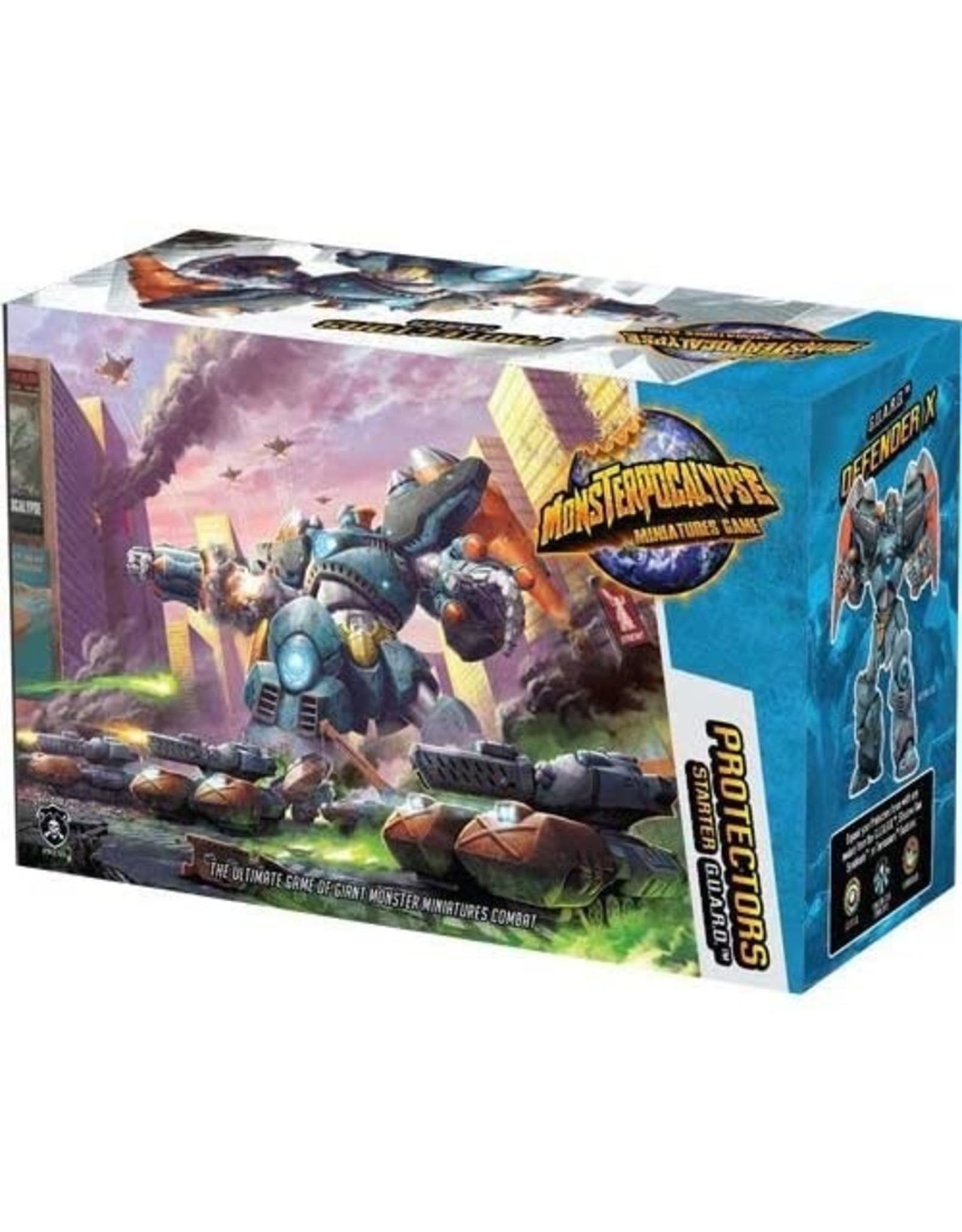 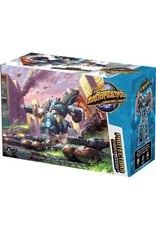 In Monsterpocalypse Miniatures Game, two or more giant kaiju monsters brawl, blast, and body-slam each other in a dense destructible urban environment. Alongside these towering monsters, lesser minions such as powerful tanks, fighter jets, flying saucers, fearsome dinosaurs, and demonic fiends fight to capture important locations and help power their monster to victory.

Monsterpocalypse Miniatures Game: Protectors Starter – G.U.A.R.D. includes the giant Defender X and five G.U.A.R.D. units. This is a single-player "Protectors" starter box and must be combined with a red "Destroyers" box in order to play the game.