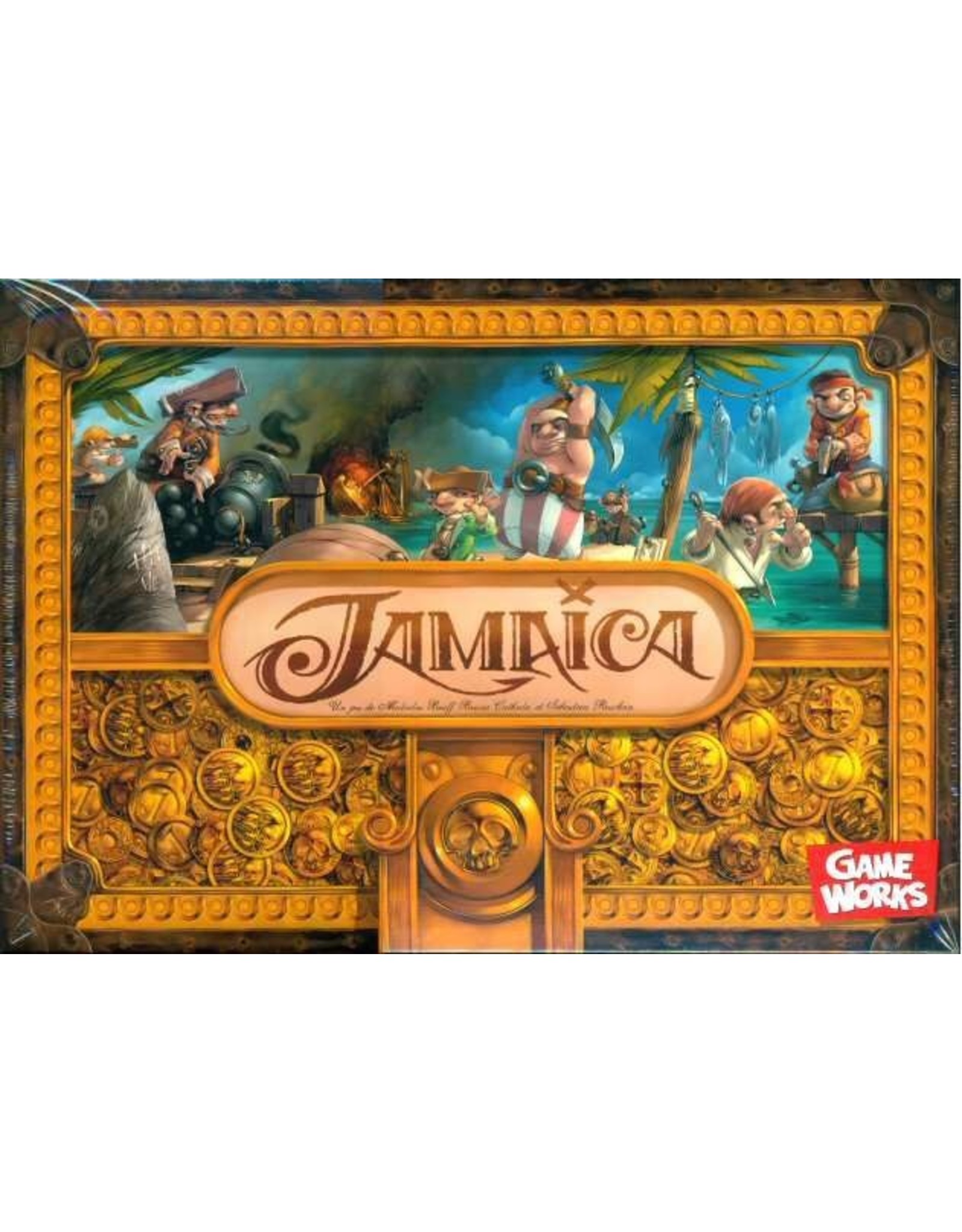 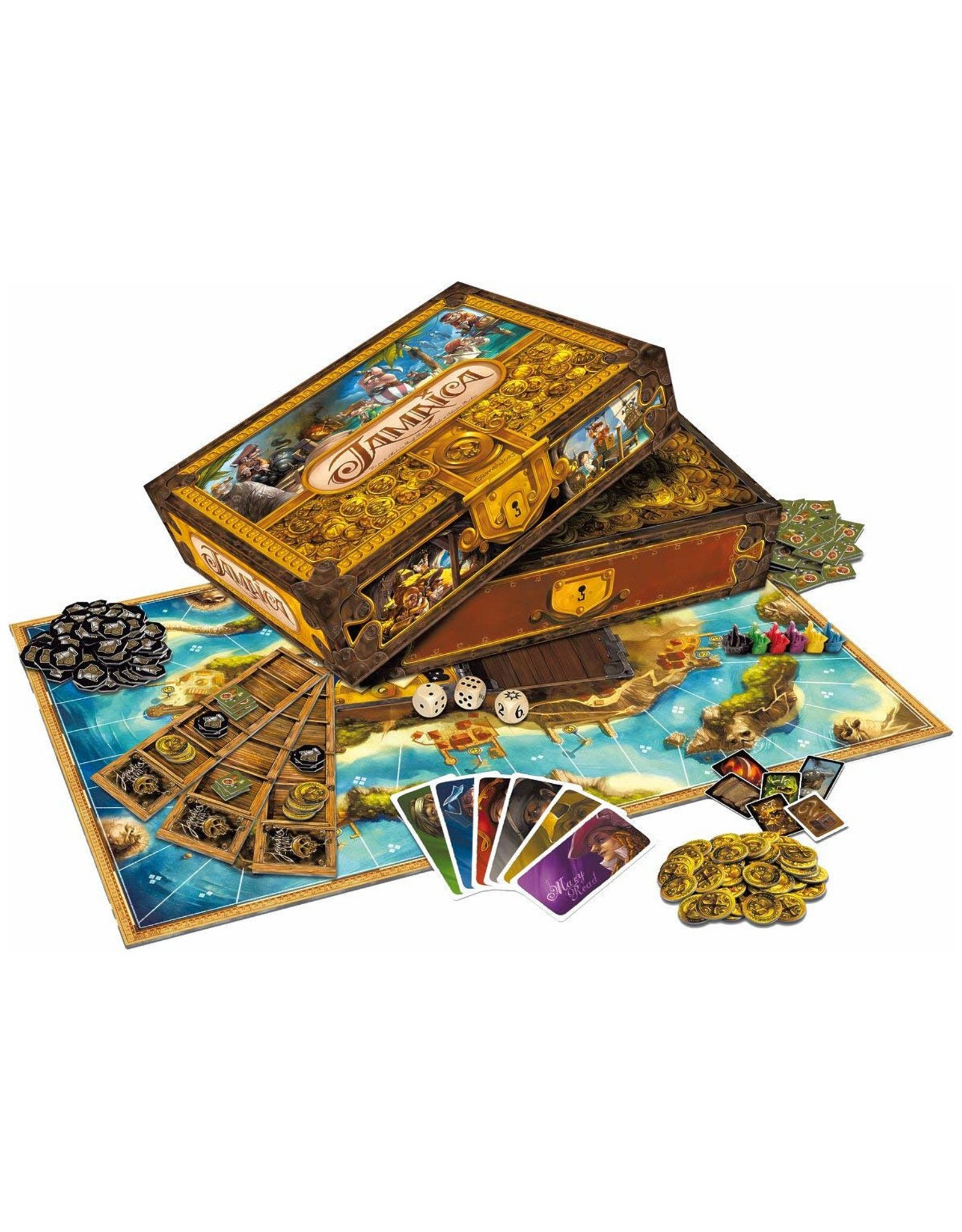 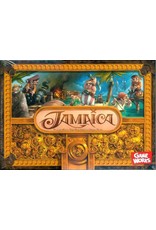 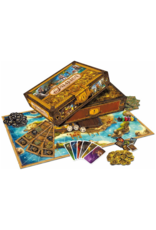 This is a pirate-themed tactical race game with player interaction and side goals (e.g. detouring for treasure). The winner is the player who best balances their position in the race with their success at the side goals.

Setting: Jamaica, 1675.
After a long career in piracy, Captain Henry Morgan skillfully gets appointed to be Governor of Jamaica, with the explicit order to cleanse the Caribbean of pirates and buccaneers! Instead, he invites all of his former "colleagues" to join him in his retirement, to enjoy the fruits of their looting with impunity. Each year, in remembrance of the "good old days," Morgan organizes the Great Challenge, a race around the island, and at its end, the Captain with the most gold is declared Grand Winner.

Goal: The game ends on the turn when at least one player's ship reaches the finish line, completing one circuit around the island of Jamaica. At that point, players are awarded different amounts of gold in accordance with how far away from the finish line they were when the race concluded. This gold is added to any gold a player gathered along the way by detouring from the race to search for valuable treasure, by stealing gold or treasure from other players, or just by loading gold as directed by the cards the player played during the race. The player with the most total gold acquired through all these means is then declared the winner.